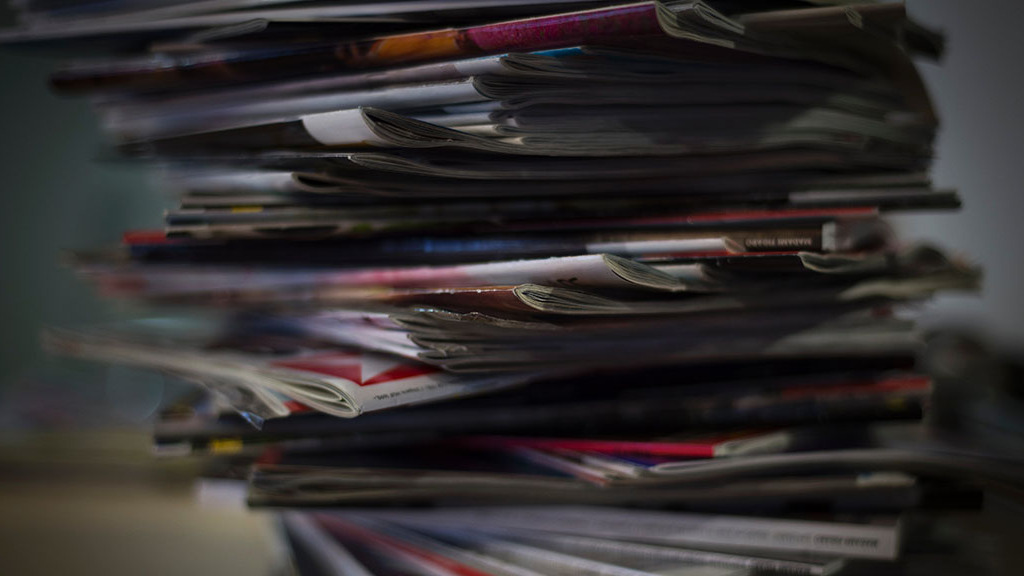 This isn’t really a love or relationship question, but I’m still hoping you can help me out. I’m 26 years old and a lesbian, and recently one of my uncles passed away unexpectedly. The two of us always had a strong bond, and he felt more like a best friend than family. I’m absolutely devastated. About a week ago my mother asked if I would go to his apartment with her and help organize his belongings. While doing so, I stumbled on a shoe box under his bed that was filled to the brim with explicit gay male pornography. Problem is, my uncle lived his life as a straight man. Him and my aunt were married for years and even had a daughter together, although they separated last spring. I don’t really know what to do here. Do I try and initiate a conversation with the members of my family about what I found, or do I destroy all of the porn and let sleeping dogs lie?

My deepest condolences to you in the wake of your loss. While I don’t know the circumstances of your uncle’s passing – namely, whether his death was accidental or intentional – your uncle sounds like he was a reliable source of love, support, and camaraderie for you. As LGBTQ folks, maintaining healthy, fulfilling relationships with our blood family can often feel more like a pipe dream than something that’s realistically attainable. It warms my heart to know that you had at least one strong ally in your corner as you transitioned into adulthood.

Now, onto your quandary. What a doozy! I couldn’t help but feel grateful that it was you who stumbled upon that shoebox, as opposed to your uncle’s ex-wife or child. Before I go any further, though, I want to use this opportunity to encourage every single person out there to make a plan for what happens to your weird sex shit when you die.

Back to your particular situation, Katlyn. I know a little bit about family death secrets. I didn’t find out that my grandfather had suffered his heart attack sitting on a strip club toilet until I was in my late 20s. True story! And you know what? That’s okay. We live in a society that stresses the harm in “keeping secrets,” but I am of the opinion that total transparency isn’t always the compassionate choice. Every human being is entitled to a private life as well as a public one, as long as they’re doing no harm unto others. I think your obligation to your uncle – your friend, your confidant, your ally – is to destroy the pornography and withhold that information from your family, at least until his passing isn’t such a fresh wound. We can make a lot of uninformed guesses about your uncle’s sexual orientation, but I don’t think that launching an investigation into his past should be a priority. Instead, do your uncle this one last favor and reflect not on who he may have desired, but on the ways, he positively impacted the lives of those around him.