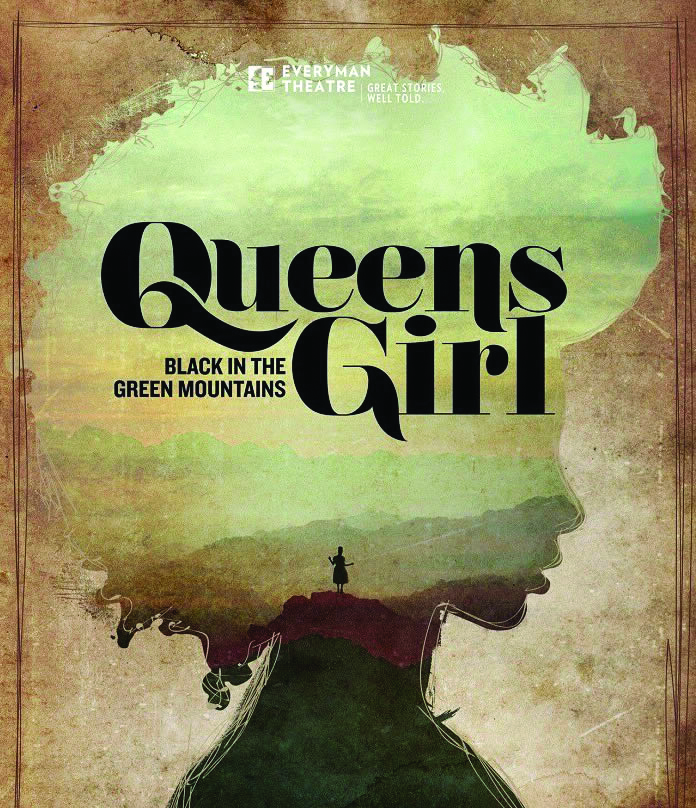 As the Vietnam War rages and the Kent State killings ignite college campuses across the country, Jackie arrives in Vermont to begin college. Caught between wildly divergent sets of friends—outrageously wealthy WASPS, militant black activists and passionate theatre people—Jackie (played superbly by the phenomenal Felicia Curry) is forced to confront the space between white and black culture to find her place in the world.

The performance is part of the inaugural season of Everyman Theatre’s New Voices Festival. The three-play, two-month festival includes Queens Girl, as well as Berta, Berta by Angelica Cheri (March 17th to April 26th) and Cry it Out (March 31st to May 3rd). As part of the launch of the new festival, Everyman Theatre also unveiled its new performance space: a 211-seat, three-quarter thrust stage on the second floor of the company’s home on Fayette Street.

This year’s festival, curated by founding artistic director Vincent M. Lancisi and associate artistic director Noah Himmelstein, offers a diverse lineup featuring stories about powerful connections, the role of family, growing up, and finding strength and purpose. The plays vary in tone, place and time – one each from the 1920s, 1960s, and today, and take place in such disparate locales such as the Green Mountains of Vermont, Long Island, and the deep South.

Artistic director Lancisi said, “See the plays one at a time or over a weekend. There are even some weekends when you could see all three plays in one day. We hope people will come from far and wide to be the first in Baltimore, and in some cases the country, to see these new plays and hear these important new voices.”