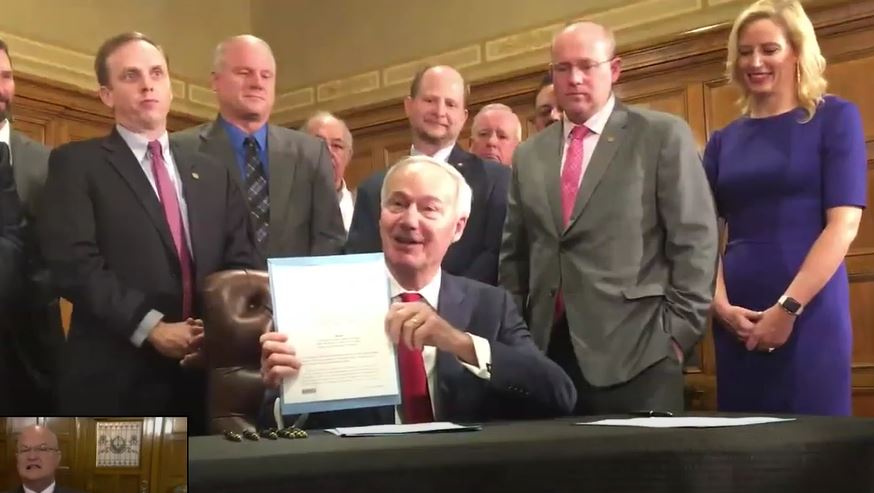 Little Rock, AK – Attitude, a UK Gay magazine reports that Arkansas governor Asa Hutchinson has signed a piece of legislation that will allow doctors and medical professionals to refuse LGBTQ people on religious, ethical or moral grounds. Republican Hutchinson signed the Medical Ethics and Diversity Act (also known as SB 289) on 26 March. The bill will come into effect by summer 2021.

In a statement Hutchinson said: “I support this right of conscience so long as emergency care is exempted and conscience objection cannot be used to deny general health service to any class of people. Most importantly, the federal laws that prohibit discrimination on the basis of race, sex, gender, and national origin continue to apply to the delivery of health care services.”

American Civil Liberties Union executive director Holly Dickson commented: “There is no sugarcoating this: this bill is another brazen attempt to make it easier to discriminate against people and deny Arkansans the health care services they need.” Alphonso David, Human Rights Campaign President said before the bill was signed into law: “No one should be denied necessary medical care. SB 289 prioritizes individual providers’ beliefs ahead of patient health and wellbeing. The Arkansas legislature understood this when they rejected a similar bill four years ago and they would be wise to do the same again this session. Last week Hutchinson also signed a law banning trans women and girls in Arkansas from competing in school sports teams in line with their gender identity. (Attitude through the Peter Tatchell Foundation – Jamie Tabberer at https://attitude.co.uk/article/arkansas-governor-signs-bill-allowing-doctors-to-refuse-lgbtq-patients/24746/)