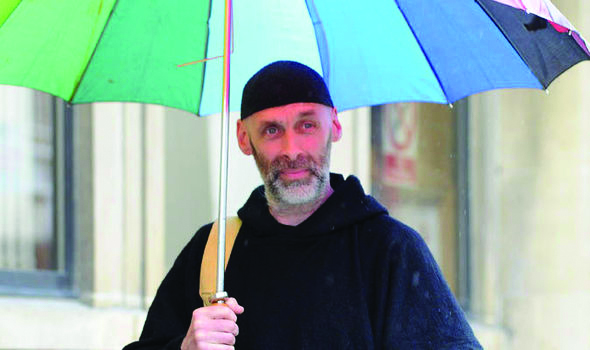 The Vatican – A notoriously anti-gay monk has been excommunicated from the Catholic Church after accusing Pope Francis of being a “great heretic.” Damon Jonah Kelly was booted from the church by his superior, the Bishop of Argyll and the Isles, after he wrote a scathing blog post attacking the pope for “behaving in an ambiguous fashion towards homosexuals.” According to the Scottish Sun, Kelly was asked to take down the post. When he refused, he was excommunicated. That means he may no longer participate in the sacraments of the church or act in any official capacity.

Kelly called the punishment “extraordinary,” saying that, “We had enough of the bishops’ silence,” Kelly said. “A church that accepts homosexual relations, accepts abortions, is not Christ’s church.” Kelly was referring to recent papal statements indicating that LGBT people, women who have had abortions, and civilly divorced Catholics may be eligible for church sacraments.

Kelly has a long history of anti-LGBT actions. In 2014, he papered his town with leaflets declaring that AIDS was “God’s punishment” for homosexuality, that transgender people should be exorcised, and that gay people are “like vampires.” He pleaded guilty to a hate-crime harassment charge after distributing the leaflets. Last year, Kelly was sentenced to 250 hours of community service after sending anti-gay hate mail to a pro-LGBT minister, telling the priest to “hang himself” if he wasn’t going to “repent of his evil.” Kelly has described himself as a “criminal for Christ.” Only days after Kelly was excommunicated, three religious hermits living in the Scottish island of Orkney were also thrown out of the Catholic Church. They had also called the Pope a “heretic” and said evil was “destroying” the church. (Seattle Gay News – Mike Andrew at Sgn.org/sgnnews48_02/page7.cfm)