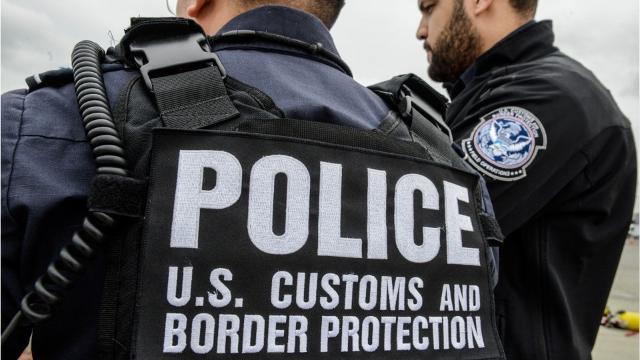 When the Department of Homeland Security (“DHS”) was created after the terrorist attack on September 11th, 2001, two agencies were merged to create Customs and Border Protection (“CBP”). At the present time, CBP employs 23,000 Customs agents and 20,000 Border Protection agents. The commonly held belief is that purpose of these agents is to catch terrorists at the borders of the US, including seaports and border ports of entry, as well as any materials that are considered harmful to the US. However, the truth is not so clear cut.

CBP has the authority to stop and question anyone at an authorized checkpoint, which includes citizens of the US that an agent suspects of having illegal drugs or being not a citizen. Where does that authority end? At the present time, according to the law, it ends 100 miles from a border. Given the amount of coastline that the US has, the authority has no real endpoint. In fact, some local law enforcement officers ask CBP agents to come with them on calls that involve people who speak a foreign language. CBP’s own data suggests that its interior checkpoints do little to catch what it calls “unauthorized entrants” and instead ensnare US citizens on minor drug charges. (Forty percent of its seizures were one ounce or less of marijuana taken from citizens.) From 2013 to 2016, interior checkpoints accounted for only 2% of CBP apprehensions of undocumented immigrants. In May 2018, a state circuit court judge in New Hampshire threw out charges against 16 people who were arrested for possessing small quantities of drugs at a checkpoint manned by local police and Border Patrol agents, about 90 miles south of the Canadian border. “While the stated purpose of the checkpoints in this matter was screening for immigration violations,” the judge wrote, “the primary purpose of the action was detection and seizure of drugs,” which he ruled unconstitutional.

The ACLU has filed a lawsuit against CBP based on the fact that strip searches in hospitals have been conducted against US citizens without going to a judge for a warrant and without the consent of the person being searched and held against their will. The common practice of CBP agents asked to produce the basis for their authority to stop someone and conduct a search is pointing to their holstered weapon and saying, “This is my authority!” In one case in Texas, a US citizen mother driving to bring items to her family from a shopping trip was stopped at a checkpoint away from the border. Because a “drug dog” alerted when passing her legs, she was searched by the male CBP agent. When he found nothing, a female CBP agent put on latex gloves and ordered her to strip out of her clothes for a body cavity search. When that search found nothing, the detained woman was handcuffed, placed in a CBP car, and taken to a local hospital. At the hospital, she was chained to a gurney and forced to take a laxative so that the CBP agents could ensure that she had not swallowed any illegal drugs. When that resulted in nothing other than humiliation, the CBP agents tried to get the detained woman to sign consent forms to avoid hospital bills. The detained woman refused to sign anything and was driven back to her car, where she was released. She currently has a lawsuit for medical bills (which totaled more than $5,000), as well as harassment and false arrest filed against the CBP and the hospital. The ACLU is attempting to confirm the number of false arrests and illegal searches conducted by CBP in the last five years.

The State of Washington is under fire because a young man was killed by CBP agents when his parents asked the local law enforcement to assist them when their son, who was having a psychiatric episode and refusing to take medication. Local authorities called in the CBP to use them as interpreters but, mistaking a flashlight for a weapon, the agents shot him 13 times. Since 2010, CBP has been involved in 77 deaths; at least one-fifth of those deaths involved US citizens.

The CBP encounters are not limited to ordinary citizens and, now, members of Congress are finally waking up to the realization that there does need to be a limit to CBP power. In 2013, Senator Leahy introduced a bill after his own encounter with CBP in 2009, where he was ordered out of his car and proof of citizenship was demanded. When Senator Leahy asked for the basis of the stop, the CBP agent pointed to his weapon. Senator Leahy’s bill was not passed but it would limit northern checkpoints to within 25 miles for vehicles and ten miles for houses to be searched without a warrant. Congressman Beto O’Rourke was stopped in Texas with his two-year old son in 2009. They were both placed in a cell for 30 minutes while CBP agents tore apart his truck searching for illegal drugs. Congressman O’Rourke has introduced legislation that demands changes at CBP, including the establishment of an independent ombudsman to investigate complaints, an oversight committee, and subcommittees made up mostly of residents from the northern and southern borders to weigh in on how the agency is conducting itself in their communities. The legislation would also require the US Government Accountability Office to issue a report on CBP’s interior enforcement practices – including at its checkpoints – and their practices’ impact on civil, constitutional, and private-property rights.

In 2015, the Homeland Security Advisory Council, a panel of law enforcement experts formed by DHS, warned that CBP had no effective process to root out corruption and that its internal affairs office was woefully understaffed. “The true levels of corruption within CBP are not known,” the council warned in a report. “Pockets of corruption could fester within CBP, potentially for years.” The current administration’s only response to any problems with CBP has been to request authorization to hire more agents. Given recent arrests of CBP agents for serial murder and rape, a sane person has questions about the type of person being recruited and trained to be CBP agents.