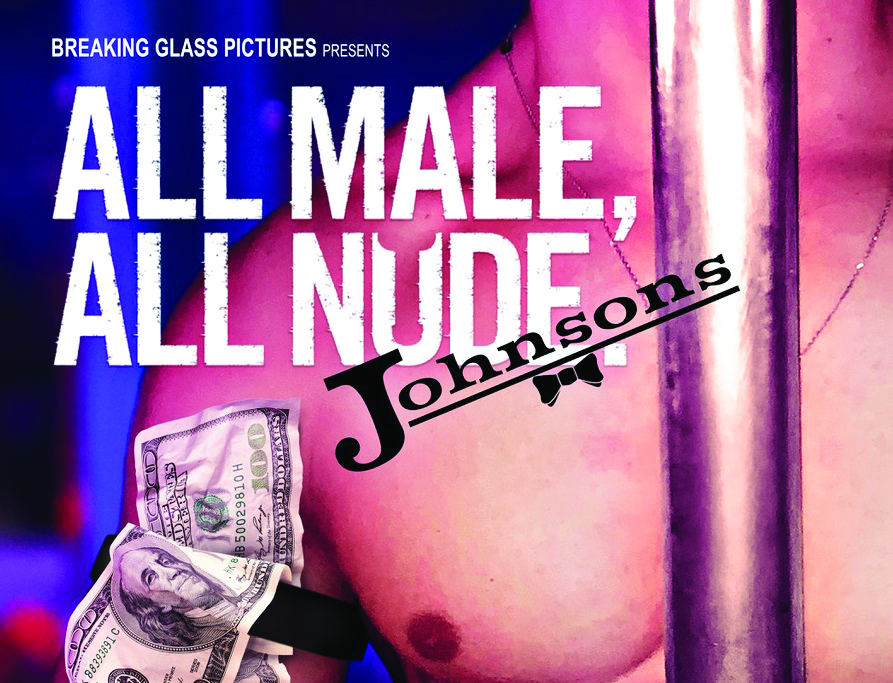 Have you ever watched a movie or a TV show set in or near where you live or socialize? There’s a kind of thrill of recognition that takes place when you do. It’s fun to see streets, bars, restaurants, and other businesses, even people you recognize, on screen in an area that you frequent.

The 2019 doc, All Male, All Nude: Johnsons (Breaking Glass), filmed in and around Wilton Manors, is a follow-up to director / writer / actor Gerald McCullouch’s All Male, All Nude, a 2017 doc which focused on the notorious Swinging Richards male strip club in Atlanta. Anyone who has been in South Florida for a while knows that there was once a Swinging Richards in North Miami that briefly relocated to Pompano Beach but is no longer in business.

All Male, All Nude: Johnsons is as much about the strippers as it is about Matt Colunga, the owner of Johnsons. Actually, it might be more about Colunga, after all. A former dancer (and DJ) at the aforementioned Atlanta Swinging Richards (for some 20 years), Colunga welcomes viewers to the bar in the doc, taking us on a guided tour of the venue and even letting us in on the secret of the “scent machine” that makes the place smell so good. We are shown the main stage, the side stage, the plentiful seating, the dressing room, and the speakeasy side (decorated with reclaimed and reused antiques and such from other bars).

We are introduced to several dancers, some of whom have stage names (“Alexander,” “Javi,” “Raphael,” “Sean Harding,” “Cole,” “Yankee”), as well as Matt’s husband Chris, bartender Omar, front door person Roger, and Jeremiah who runs the VIP area. Various fees are discussed, including the house fee (from $10 to $30) each dancer pays to work at Johnsons. That fee is negligible considering that dancers claim to make between $250 and $1600 a night. Cash money!

Priding itself on being a “gay Cheers,” Johnsons not only attracts locals but a national clientele, too. Matt also likes to distinguish himself by taking care of his dancers, treating them with respect, even going so far as giving each dancer a breathalyzer before he leaves the club at the end of the night, so they arrive home safely.

“All Male, All Nude: Johnsons” is not a challenging or necessarily arousing viewing experience. In fact, a gratuitous sexually graphic sequence involving one of the dancers who is a sex worker and gay porn actor may have you lunging for the remote. Some viewers may find themselves rooting for some dancers over others, such as visual artist “Yankee” or children’s party entertainer “Alexander.” Stripper wisdom is dispensed, including “your eyes are your moneymaker” (which is debatable when you consider the whole package) and “nobody comes to see a fat stripper” (among other choice remarks credited to Matt), and it’s as flaccid as you might expect.

On a side note, All Male, All Nude: Johnsons practically functions as a promotional video for Wilton Manors, the “second gayest city.” The area looks great onscreen, from the aerial views of the waterways to the busy commercial strip on Wilton Drive.

DVD bonus features include music videos by gay singer / songwriter Corey Tut, as well as a promo teaser for the movie.