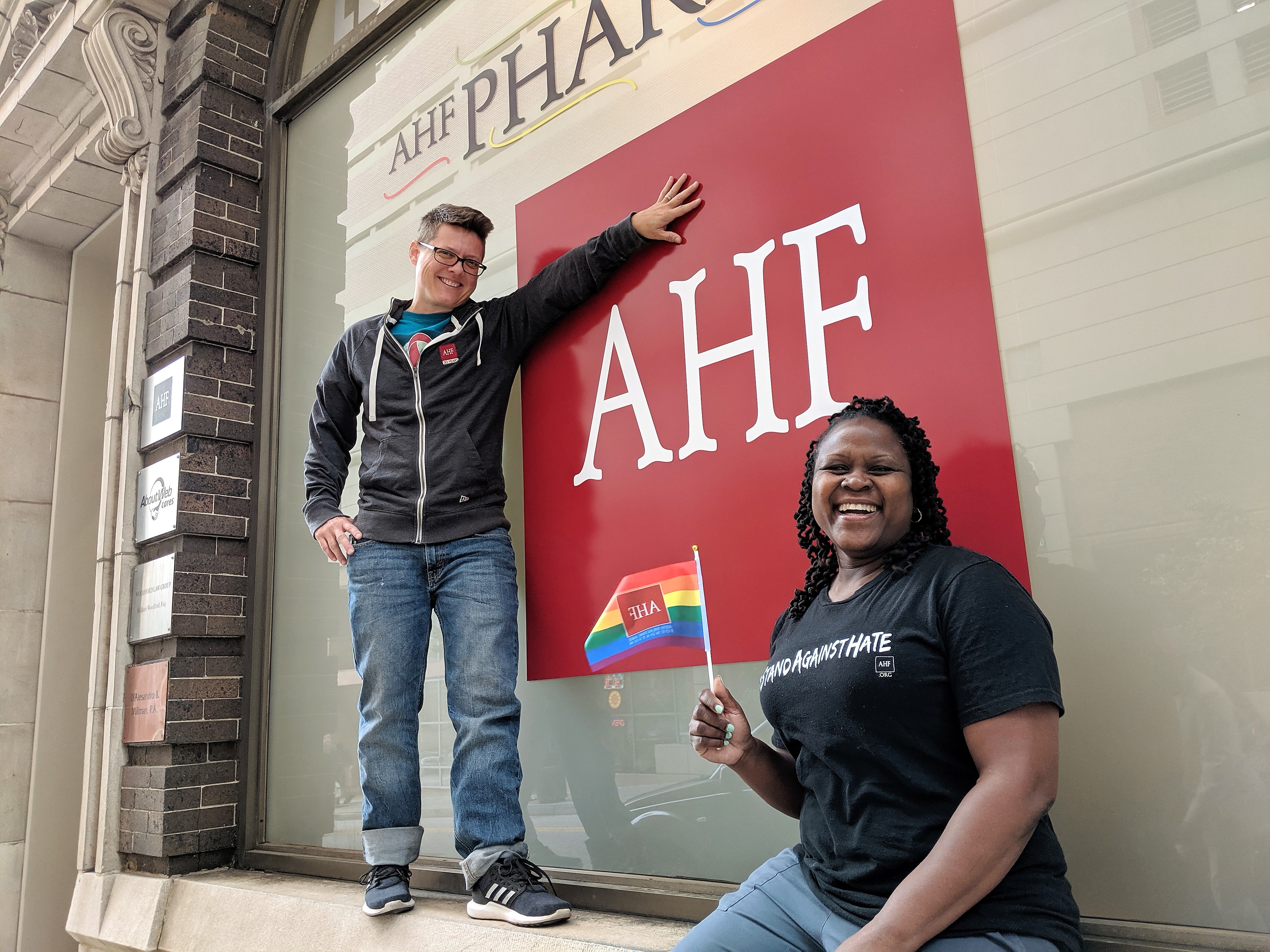 AIDS Healthcare Foundation (AHF), the HIV-focused medical group that has become the largest HIV clinical provider in the world, has opened an HIV testing site and clinic in the heart of downtown Baltimore. The clinic, located at 11 East Lexington Street, will soon include a non-profit pharmacy as well.

“We provide care regardless of ability to pay,” said Leleka Doonquah, MD, AHF’s Maryland medical director. “That’s different from other organizations. At AHF, if you have no insurance, you can still come and get care. We’ll always find a way to get you treatment. And we’ll assist you in getting health insurance.”

Mike McVicker-Weaver, AHF regional director, who has shepherded the opening of two of the three AHF locations in metropolitan DC, told Baltimore OUTloud that the Baltimore clinic is the result of years of planning.

“It took some research to find the right building and the right location,” McVicker-Weaver said. “We are an ‘HIV-only’ facility, so we try to provide anonymity and respect privacy. We looked at transportation factors – the metro stop is a block away, parking across the street – so we tried to remove as many barriers in regards to stigma and transportation when we chose this location.”

“Often, patients need more than just their HIV treatment,” McVicker Weaver added. “We’ll help them get documentation of residence and then help them get the benefits they are eligible for. That includes referring them to community-based organizations that can help them with services like housing, mental health services, or substance abuse. We will provide their care in the meantime.”

Patients often will test positive and walk out the door with medications. “That happens all the time,” said Dr. Boonquah. “That day.”

“We look for places that have a great need, where there are a high number of people who are HIV positive and out of care,” said McVicker-Weaver. “Baltimore has more than 5,000 people living with HIV who are out of care, according to the city.”

McVicker-Weaver has been attending Ryan White Planning Council meetings for several years, since he moved to Baltimore. “We want to understand the community that we serve. This has been in planning stage for a while.”

AHF has sometimes been controversial (see sidebar), but McVicker-Weaver is confident the clinic will build strong relationships with Baltimore organizations.

“We have a good relationship with the health department,” he said, although AHF has yet to have any sit-down meetings with other HIV service providers in Baltimore, including Chase Brexton, the largest provider of HIV clinical services in the city. “We want to build a relationship with Chase Brexton, Johns Hopkins, and University of Maryland,” he added.

For their part, Chase Brexton officials and some of their clinical providers attended the grand opening ceremony for the new AHF clinic. “Chase Brexton has been a leader for over 40 years in the provision of high-quality HIV services to battle the AIDS epidemic,” Chase Brexton CEO Patrick Mutch told Baltimore OUTloud. “We welcome all community partners committed to that mission.”

They are reportedly known as “the Walmart of HIV” and have sued a group of community-based HIV agencies in a bid for more funding. They have been on the receiving end of whistle-blower lawsuits and their CEO is a pariah among many HIV advocates.

Welcome to the tricky world of AIDS Healthcare Foundation (AHF), where the clinical services are well respected while their policies and leadership are abhorred.

Within the national HIV/AIDS community, everyone has an AHF story, it seems. It usually involves a spurious lawsuit or how AHF has strong-armed its way into dominance. In Baton Rouge, AHF actually sued a consortia of HIV organizations when AHF did not receive the amount of funding they believed they deserved.  Most stories involve the mercurial founder and CEO of AHF Michael Weinstein, who famously called the PrEP drug Truvada “a party drug” and was slow to embrace the preventative potential of PrEP, while spending agency resources on pet policy projects, such as a push to mandate condom usage in adult films.

“To his many critics in AIDS activism, Weinstein is the Koch brothers of public health: a mastermind driven by ideology, accountable to no one, with bottomless funds and an agenda marked by financial opportunism and puritanical extremes,” wrote Christopher Glazek in a 2017 profile of Weinstein for the New York Times. “It doesn’t help that AHF has been the subject of near-constant litigation and complaints for questionable business practices, including union-busting, giving kickbacks to patients, overbilling government insurers, and bullying funders into denying grants to institutional rivals. (AHF. has denied these accusations.)”

Will AHF play nice in Baltimore? As of yet, no coordination of services has begun between AHF and local agencies, although Mike McVicker-Weaver of AHF has been attending Ryan White Council planning meetings for a few years now.

Here’s hoping that AHF’s new clinic in Baltimore will serve the interests of our community, and not be the first step in a power struggle that serves no one.