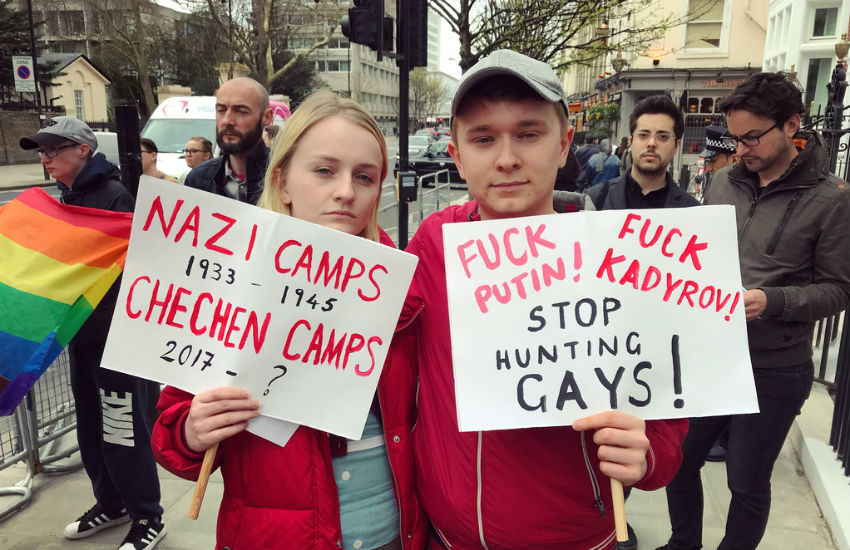 Grozny, Chechnya – Gay Star News reports that activists are warning of a new wave of anti-gay attacks in the Russian republic of Chechnya. According to a social media post on January 10, activists are urging LGBTI Chechens to flee immediately, amid a new crackdown against LGBTI people. It is understood authorities received new contact details of LGBTI people living in Chechnya. “We ask anyone still free to take this message seriously and leave the republic as soon as is possible,” the statement read. It continued: “I ask you to turn to human rights activists, the media, friends who can help you.” The statement also provided a safe phone number for people in danger to contact. That number is: 8 (800) 555-73-74 “Be careful and leave the republic as soon as possible,” it concluded.

“Security forces have increased their activity.”

The Russian LGBT Network confirmed the reports to Gay Star News. Chairperson Mikhail Tumasov said: “The persecution of gay people – both men and women – in Chechnya never stopped. We’ve been saying this the whole time. The scale and style of persecution has changed form at times, but the persecution never stopped. Since late December, the security forces have increased their activity. We are doing everything we can to help the victims. We will reveal more about the atrocities [this week],” he said. The Russian LGBT Network is trying to find safe spaces for those in danger. They’re also trying to get LGBTI people out of Chechnya and provide clothing, food accommodation and psychological support.

They’re calling for any donations to help their cause.

News broke of Chechen authorities detaining gay and bisexual men in concentration camps in April 2017. Chechnya president Ramzan Kadyrov vowed to kill all gay men. Testimonies from eyewitness escapees of the camps reveal shocking details of anti-gay abuse, torture and even murder. One gay man reported authorities torturing him in a homemade electric chair and then having to give up names of other LGBTI people he knew. Authorities even forced parents to kill their own LGBTI children. The news caused global outrage, with countless protests in solidarity for LGBTI people in Chechnya. (Gay Star News – James Besanvalle & Shannon Power at https://www.gaystarnews.com/article/activists-warn-new-wave-anti-gay-attacks-chechnya/#gs.Bh4y1Ww1)