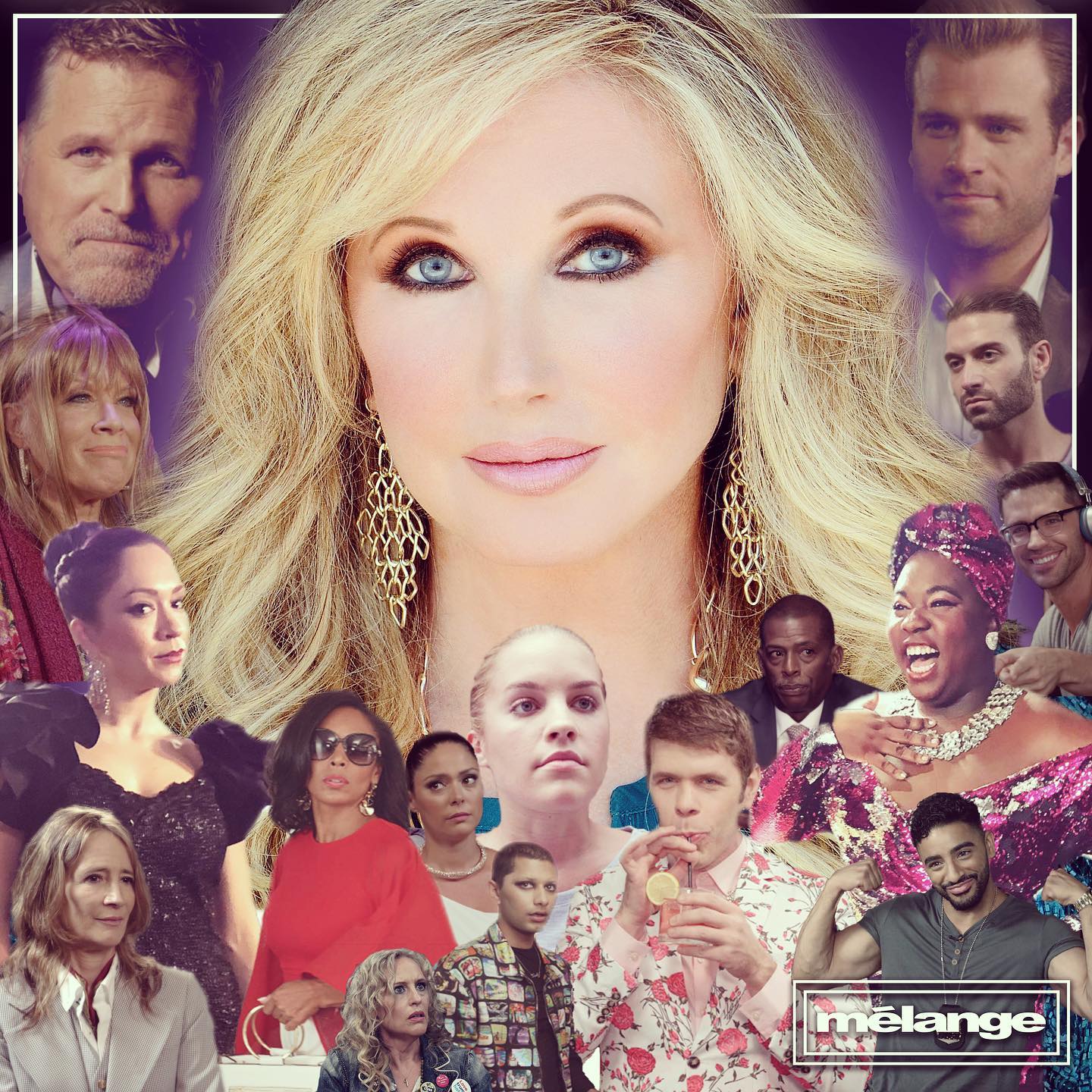 In the 1970s, you may have survived with only “One Life to Live.” In the 80s, you toasted to life at “Falcon Crest.” In the 90s, you slept with thy neighbor at “Melrose Place.” And now, grab your martini glass to sample the sumptuously concocted mixture of romance, manipulation, drama, and intrigue that awaits patrons in “Mélange.” Created by the fabulously imaginative Tom D’Angora, the half-hour long series centers around the fight over ownership of the fictional and iconic New York City gay bar, Mélange, after its owner has suddenly and mysteriously died. D’Angora recently chatted with Baltimore OUTloud regarding the forthcoming campy soap pilot’s premiere on Logo this May.

“There are a million different reasons for me to want to do a show like this,” began D’Angora. “One of the biggest reasons I wanted to do a show like ‘Mélange’ was to pay tribute to the greatest of all time, Agnes Nixon.” Nixon is best known as the creator of the ABC soap operas “One Life to Live,” “All My Children,” and “Loving.” “She always was bringing these important social issues to people but wrapping it up in drama.”

D’Angora began watching Nixon’s soap operas when he was six years old. “I was fully obsessed. ‘One Life to Live’ (OLTL) was my favorite thing in the whole world.” As a young teenager in the 90s, D’Angora connected with the “One Life to Live” storyline about Billy Douglas, played by young Ryan Phillippe. “The character was about my age, and he was going through the conflict of coming out and his father didn’t accept him. His father was going to throw him out of the house. At one point, Erika Slezak’s character Victoria (Vikki) gets up and delivers the most exquisite, ahead-of-its time speech on how it’s wrong to turn your back on the children your love. I realized there were millions of people who were homophobic, who idolized Vikki, and wondered how much that speech resonated with them.”

D’Angora continued on to recount other socially prominent storylines, such as that involving “All My Children’s” Erika Kane, whose daughter Bianca was a lesbian. “It was the first gay marriage on Agnes’s show,” D’Angora explained. “As much as I love baby switches, coming back from the dead, finding lost cities, and all the other dramatic twists and turns, it’s these storylines that really leave an impact. You love these characters so much that, and if they’re handled in a socially responsible way, they can really make a change. So that was my goal in creating ‘Mélange.’ I wanted to make Agnes Nixon proud.”

D’Angora’s cast sparkles in “Mélange.” Alongside powerhouse performances from the iconic Morgan Fairchild, the seductive Omar Sharif, Jr., the delightfully wicked Diana DeGarmo, and handsome Scott Evans, the cast is rounded out by a glittering assemblage of actors and actresses, many of which hail from the soap opera world.

“I’ve been very blessed to work with so many Broadway and off-Broadway stars, but in my humble opinion, soap actors are the Olympic athletes of actors,” D’Angora added. “What a soap actor did every day of their life for decades would make the most seasoned professional weak, because of what they do and what they deliver is so impossible. I have so much respect for it. I really believe these exquisite performers belong on the stage and on the screen. There’s no reason they’re not on our television at all times.”

“Mélange’s” pilot episode, which premiered on Logo May 20th, has created a surge of buzz among viewers hoping for more episodes.