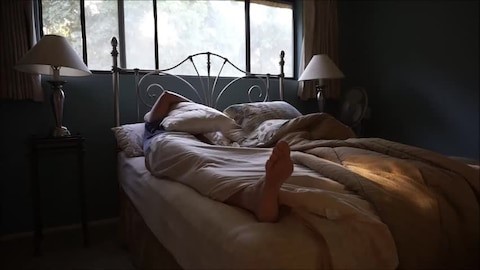 Even if you lived under the deepest rock within the darkest cave, hidden in an Atlantean-style air pocket under the ocean, you would still be aware of some of the reasons why this year has literally depleted the planet’s stash of good vibes and positive energy. This was supposed to be a year of overdue change, both at the political and social level across the country. Instead of allowing our great republic to continue to slide backwards into a chaotic dystopian nightmare, we were going to have a swell of momentum and pride that would help us correct the course our nation has been on in the last couple of years. For me personally, I had every intention of moving forward with my top surgery. I was at a point within both my transition and my life as a whole that scheduling a surgery that would cause me to put a pause on my life for a few weeks was not going to be a financial and logistical quagmire, and I was very eager to enjoy my first memories as a topless and free Asher.

The amount of memes alluding to the overall growing depressive nature of things continues to grow within my social media feeds, and the percentage of people I know who are stumbling and tripping over the weight of the world has quadrupled, mostly over the course of the summer. I know I said that I had made my peace with what plans I had lost to the pandemic, but in the last couple of weeks, the realization that any vacation I could take poses more risk than reward has been hitting me on deeper levels. Add to that the juxtaposition of these thoughts with the reality of working in a hotel that has guests determined to make the most of their own summers, and I find myself looking longingly at entirely too many pictures of white sand beaches and crystal blue waters. The earlier and earlier the sun begins to set in the sky, the more I feel a gnawing growing within my chest.

I am complaining about not going on a vacation. I have a job that has not gone anywhere, not that COVID has not attempted to damage my industry. My wife’s career is relatively bulletproof, we can afford our bills, and there is plenty of food for us to eat. I am able to readily see my physician via telehealth to ensure that I am able to receive my Testosterone, and I have insurance that allows me to afford said medicine without lying awake at night. And yet, there is at least a dozen things that pop to the front of my brain when I lie down to sleep. Pandemic, student loan debt, impending election dread on both the national and municipal level. Not being enough for my community, not making enough time to speak to my parents, how my brother is really doing since he moved to Florida, because his stubborn pride keeps him from opening up to anyone. My credit score and the knowledge that intentional or not, I am an economic strain on my wife. Being black in America, and then not being black enough to feel any sort of way about being black in the first place. Kanye, celebrity culture and the death of the American republic. The random guest that yelled at me three months ago over something I could not control at the hotel, every interaction with a guest that could potentially infect me with COVID, the look on my dog’s face when I leave for work.

When I awake the next morning, I usually feel as though someone hit me with an emotional battering ram. I toss and turn regularly, some nights I enviously listen to my wife’s snoring and wish my anxiety manifested in the way that made me want to do nothing but sleep, instead of nervously want to scrub baseboards before dawn. Then when I finally drag myself out of bed and down the stairs, a new barrage of thoughts enters my brain while I wait for my coffee to get ready. First it is a running countdown of the depleting minutes I have until I go to work in the afternoon; a thought that runs in the back of my head like a ticking clock. Leaving the house in general has become a stomach-turner. I cannot trust the same people who spend their free time re-posting every farce-filled article from Uncle Bucky’s Truth.com to take their safety seriously, let alone my own. I had OCD traits that kept me from sleeping in a good year, the manifestation that lying in my bed, while below me the pillows and blankets on the couch were slightly askew has caused me to go back downstairs to the annoyance of my wife. Add in the compounding stressors of this year and had I told my peers I finally cut my hair two weeks ago after pulling out chunks of it during a hysterical episode, very few would have been surprised.

Taking time for myself has always been one of my weaker attributes. I go, and go, full of nervous energy until I mentally check out, either via dissociating or losing myself in a video game or an entire bag of Doritos. There is a difference between powering down my brain, and giving myself space and time to process and work through things, and the latter is a core struggle of mine to today. Today is my Friday at work, and I am trying to hold myself to a good mix of rest, relaxation and purposeful recharging. The longer I burn my candle at both ends, the more sleepless nights and restless days lie in wait for me. Hopefully, this article will serve as a reminder that my mental fatigue is real, and that even if the world is burning, I still need to breathe deeply and remember what is worth smiling for.