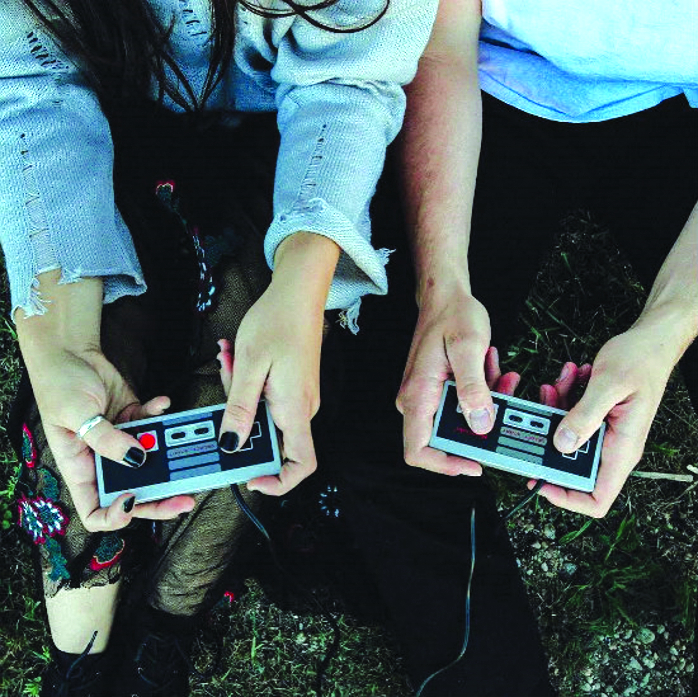 The last time my wife and I had Valentine’s Day off together, Barack Obama was in the middle of his first term in office. She was a college freshman, and I was preparing to transfer after attending a community college while I cleared up an outstanding student loan balance from my time at Wesleyan. We had tickets to the professional orchestra that was housed at our university and made plans to go out for dinner after the concert. To top off our romantic evening, I bought us a bottle of Boone’s Farm; and we spent the rest of the night in her dorm room playing Paper Mario on the Wii.

We are not Valentine’s Day folks. Do not get us wrong, we have traditions for the day. I always buy her the most obnoxiously large stuffed animal I can find. It sits in our bed for a week, and then is relegated to a life in the music room alongside the stuffed animal gifts from years prior. Just like I plan to force our kid to sit through multiple Star Wars viewings, Alli plans to bestow a lifetime of stuffed animals upon our child. No, instead of being vehement anti-commercial holidays, we simply have become accustomed to celebrating when we can smash it in between overtime shifts and the many obligations of working adults who can’t seem to stop adding extracurriculars to their plates. With us both working 24/7 occupations, celebrating together is more about the whom than the when.

While realizing that Valentine’s Day falls on one of our days off, we were perplexed what to make of the occasion. If you work customer service or hospitality, avoiding large crowds and forced human interaction is really the only requirements for a successful break from work. While cooking is one of my creative loves, I also am in the midst of long streaks at work, and rarely have the energy to exist outside of the hotel. Flu season has decimated her workplace; germs and open workspaces are the real Cupid’s Crush this time of year. So honestly, we would both have been content to sleep our romantic night away.

Instead, as you are reading this, I guarantee you that I am begrudgingly forcing myself into clothes for going out of the house, finding the energy required to exist. I want to say she’s getting ready herself, but if 12 years of occasions together has taught me anything about her, she’s dead asleep on the couch, literally willing her ears to ignore the sound of me repeatedly attempting to prod her from her slumber. We went back and forth for the entirety of the early part of last week trying to figure out what to do. I voted a wonderful night of Mario Kart and enough takeout to make the delivery driver wonder how many people we have crammed within our house. She suggested a movie, and then the takeout. My hotel is hosting a buffet, and we are compromising by going out, but out to a place where I can be as low-key as possible. The best part of working at a hotel with a restaurant is that I can go eat there and neither the servers nor myself have to interact. I know they’re busy with things, and they know I know that.

Love is unique to each relationship. I used to worry about being mushy enough for Alli. Then I was suffocating a fear of being the right person for her. Now, I worry about making sure she knows just how amazingly grateful and appreciative to have a partner stay during the rockier passages of my transition. My transition might be mine to carry, but she’s seen the grittier parts of it that I was too busy learning how to jab myself in the leg to take notice of. Twelve years of stuffed animals and haphazard celebrations down. Here’s to another 40 years of it. Maybe we’ll get another V-Day off together before we retire. If not, Bowser is bound to kidnap Peach again, and when he does, Alli and I will be ready, takeout in hand.