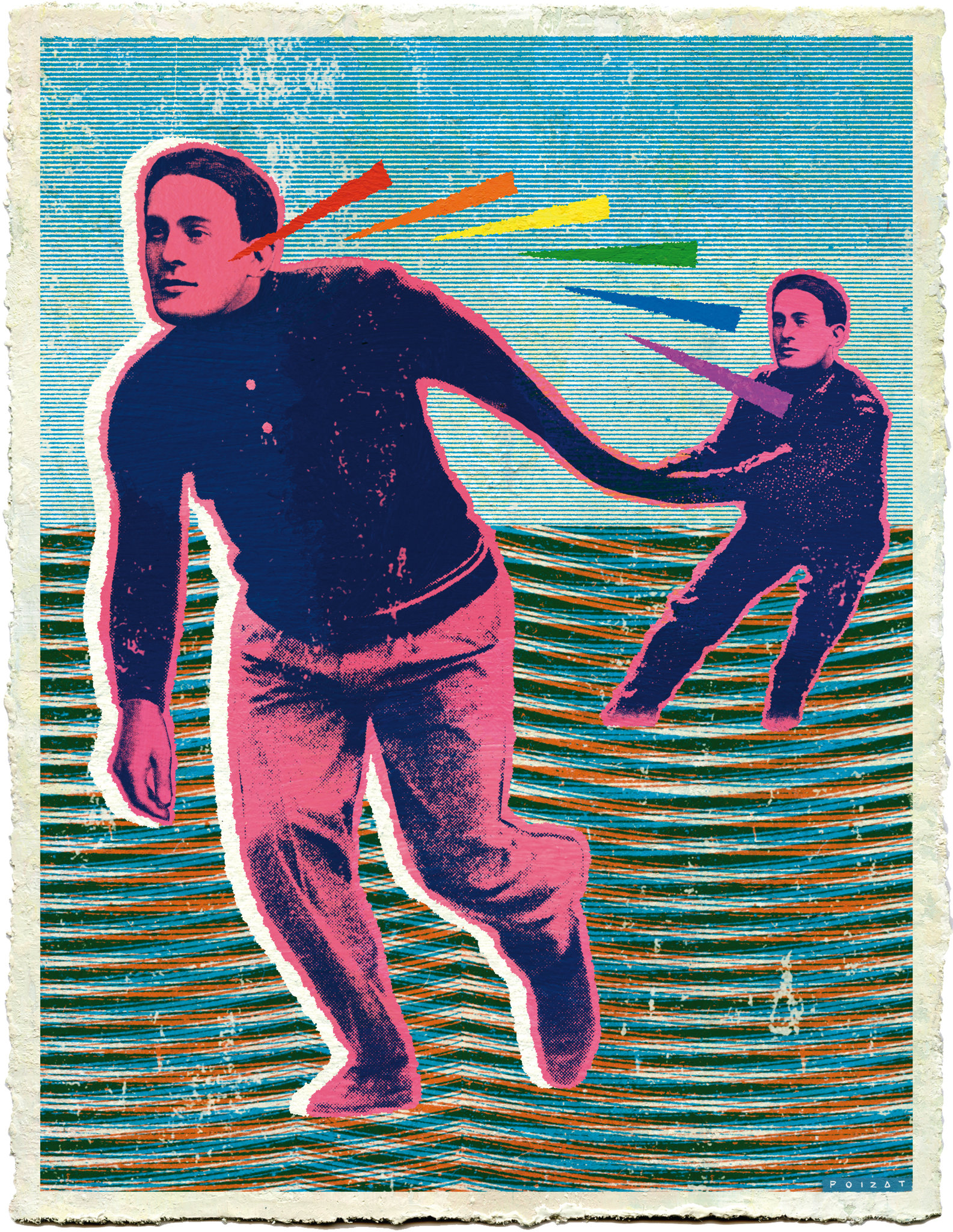 I’m an openly gay man in my late 20s, and I’m blessed with a very supportive immediate family that includes my parents, grandparents, and older sister. My sister has been married to her husband for close to two years, and they have a ten-month-old son together. Recently I went home to celebrate Thanksgiving with everyone, and towards the end of the night I found myself alone in the kitchen cleaning up. My sister’s husband – who had been drinking heavily throughout the day – entered the kitchen and began chatting with me. Suddenly he came up behind me at the sink and pressed into me suggestively, sliding his hand around front towards my crotch. I was so startled, all I could do was exclaim “Whoa!” and disentangle myself from him. We stared at each other for half a minute, and then he laughed and left to join the rest of my family in the living room. I am not interested in my sister’s closet-case husband. What the hell do I do here? I don’t want to destroy my sister’s family dynamic, but at the same time I feel that she deserves to know.

One of the burdens of being comfortable in your sexuality is that people who have historically repressed parts of their own identity will often perceive your confidence as permission to act inappropriately around you. Whether this manifests as asking invasive questions, displaying poor judgment when it comes to discussing privileged information in public spaces, or feeling as though they have some level of access to your physical body, it’s bad boundaries, pure and simple. I’m so sorry that you were put in such an uncomfortable position without your consent, particularly during a time where you assumed that you were in a safe space.

Unfortunately, I don’t know what’s going on with your brother-in-law any more than you do. He could indeed be a “closet case,” but you also have to consider the possibility that there is information about your sister’s marriage that you’re not privy to. Your sister could already be well aware that her husband desires men, and/or your sister and her husband could be involved in an open marriage. These aren’t justifications for the husband’s behavior, though; I highly doubt that your sister encouraged her partner to make moves on her younger brother.

My subsequent advice relies heavily on the fact that your sister and her husband have a child. In this situation, you have to do what’s best for that child’s quality of life. So, out of respect for your nephew, I would recommend trying to resolve this with your sister’s husband first. However, only initiate the conversation in a way that feels safe for you. If he suggests meeting in person, for example, and you’re concerned about a repeat offense, then insist on a phone call instead. Don’t turn this into a fact-seeking mission about his sexual orientation, and don’t shame him about the possibility of being on the “down low.” Rather, the issues of consent and appropriate boundaries – with respect for both his and your family moving forward – should be the focus.

Preface the conversation by saying that you’re reserving judgment on his motivations for making the pass, but emphasize that regardless of what those motivations may be, the contact was completely unacceptable. Be unambiguous in that you have no feelings of attraction for him, and confidently assert that you are thoroughly invested in the health and happiness of your sister and nephew. Finally, encourage him to talk to your sister about what’s going on with him, and let him know that you will chalk this incident up to a “misunderstanding” as long as he acts appropriately moving forward.

If he listens to you and takes accountability for his actions – and you trust in his sincerity – then I would do your best to move on with your life. However, if you’re disappointed with the outcome of the conversation, or if there’s another incident in the future, I would broach the topic with your sister. In that event, feel free to write back to the column! Best wishes for a peaceful and satisfying resolution.