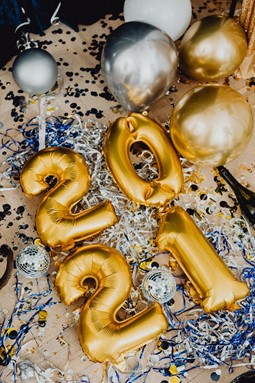 I was ready for 2020 in January, or so I thought. I had my first major part in a series, and I was ready for my big follow up role. It takes at least 3 roles like that to get you known. February was right on track with a dozen auditions my first couple of weeks. I was ready, however, 2020 had a different reality waiting. The virus started to take hold and all productions grinded to a halt. I went almost 6 months without an audition.

The governor of my state of Louisiana decided to shut the state down. The first month was nice, me and my wife got a lot done on our property. We stayed home and enjoyed some time together. However, after a while reality started creeping in, while my wife was able to do her job from home I could not. But I did go into the office on a semi regular bases to keep up a semblance of reality. Which did well for my mental status. It was kind of like being on vacation, but I still had to go into the office.

The PPP loan helped some but not enough for the time I was off. When the loans came out it seemed like a good time to go back to work. I mean my salary and expenses were covered for 3 months. So, I went back to work, however, work was nonexistent. I think one of the biggest issues was getting out of my routine. That was the reason I went into the office. Work in the film business was nothing. Late summer I had an opportunity to be in a small series called Saint Peter.

Of course, I jumped at it. I enjoyed working but it was a little strange. I did have my first on screen kiss, that is a subject for another time. I also experienced the first time I was killed on screen which was kind of appropriate for 2020. This past year, I did maybe six productions. Where I would normally do twenty to thirty. The biggest problem is money. Or should I say the lack of money. Our government tried to help with the first check for $1,200.00 helped some but not that much. The second of $600.00 was an insult when you look at what they passed. Of course, you don’t think they actually care about you, do you?

2021 has started off well but then again will it last? I have been cast in my first role for 2021. I received the email thirty minutes after midnight. Who works on New Years eve?  I also have another project starting at the end of this week. Covid has made the film world strange. Everybody wants to do something, but things have been pushed, cancelled, and postponed. While others do everything by the book and still others act like the pandemic is not happening. I just try and keep my distance and keep moving forward.

I just hope we get back to a sense of normal, whatever that means. I also have to say that I have transitioned well into my practice and things are going okay but then again people are staying away because of Covid. I had a patient I hadn’t seen in years come by and asked if I was the doctor. When I said yes, they said I thought it was a man that was the doctor. All I could do was smile. I almost said that was me. But I decided, no, at least you take me for who I am, why rock the boat? Anyway, I hope your 2021 is better than your 2020. As always love, peace, and light. Sophie