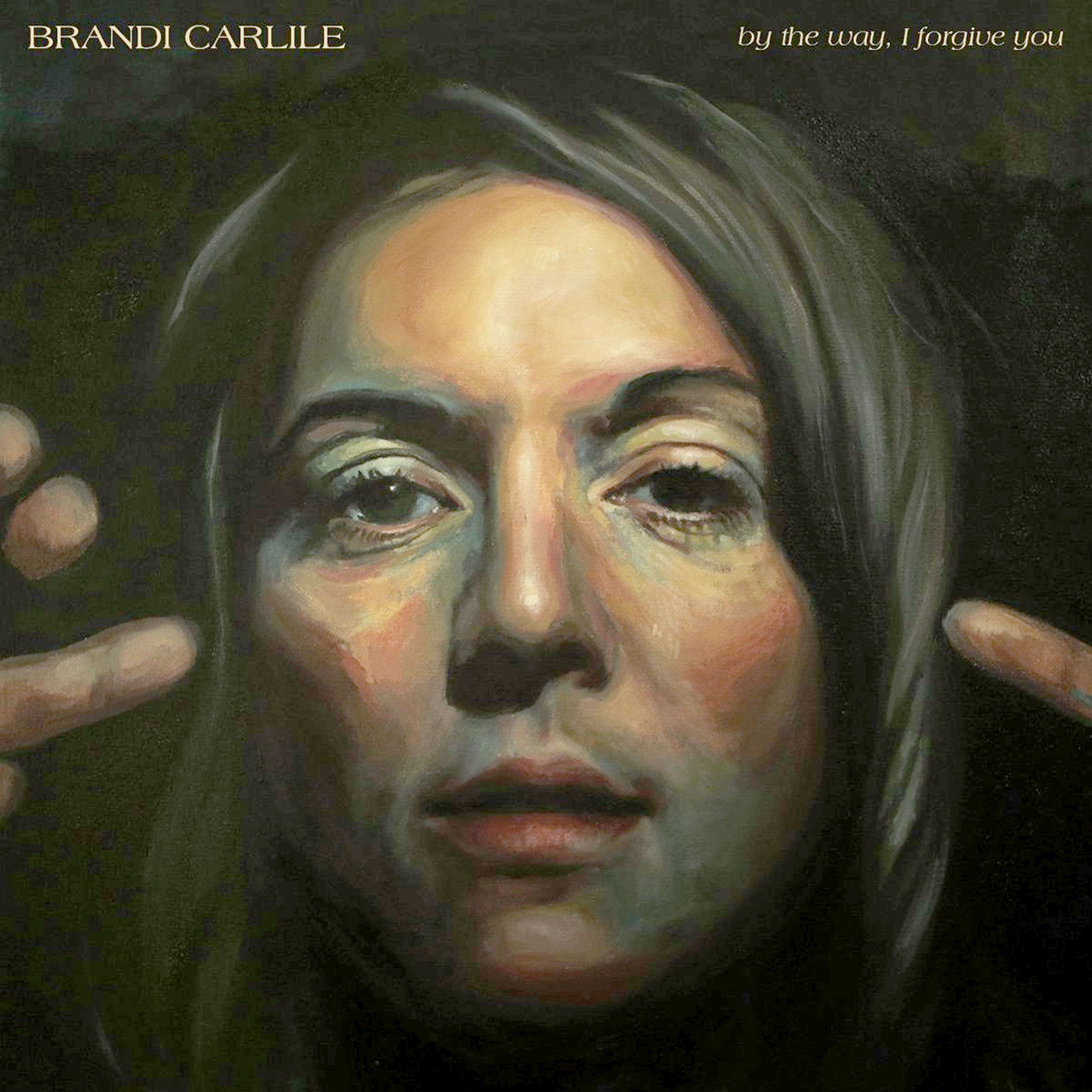 It’s been said before, but it bears repeating. LGBTQ musicians are making some of the most captivating and inspiring music out there. Since the beginning of 2018, new releases by queer artists such as Jim Andralis, Lucy Dacus, HC McEntire and Sarah Shook rank among the best to be heard.

Beginning with the release of her eponymous 2005 debut recording, Brandi Carlile has consistently delivered outstanding albums, including The Story and Bear Creek, that have earned her a devoted following. With a goose-bump raising vocal range and the ability to write songs with immense emotional impact, Carlile doesn’t disappoint with her latest disc By the Way, I Forgive You (Low Country Sound / Elektra). From the personal lesbian mom tune “The Mother” to the queer empowerment anthem “The Joke,” Carlile has created her most far-reaching set of songs. The country-tinged “Every Time I Hear That Song” (from which the album gets its title), the stomp of “Hold Out Your Hand,” the heartbreaking political statement of “Fulton County Jane Doe,” the addiction story-song “Sugartooth,” the back-to-back forgiveness theme of “Most of All” and “Harder To Forgive,” and the breathtaking album closer “Party of One” all contribute in making this Carlile’s best album to date.

Ezra Furman describes his brilliant and unforgettable new album Transangelic Exodus (Bella Union) as “not a concept record, but almost a novel, or a cluster of stories on a theme, a combination of fiction and a half-true memoir… a personal companion for a paranoid road trip. A queer outlaw saga.” Regardless of how you feel about that description, you would be remiss if you didn’t give the disc a spin. A dizzying and exhilarating experience, Transangelic Exodus will leave you reeling in the best possible way. Opener “Suck The Blood From My Wound” morphs from pure pop exuberance to static rage in under five minutes. “Driving Down To LA” sounds like a lost experimental Rufus Wainwright number and if “No Place” doesn’t make your heart race you should check your pulse. “The Great Unknown” (with what we can only hope is a sampled scream) has anthem written all over it and “Maraschino Red Dress $8.99 at Goodwill” is one of the most remarkable songs you will hear this year. “Love You So Bad” and the delirious “I Lost My Innocence” are retro pop filtered through 21st century speakers.

Talent show competitor Calum Scott’s exquisite reimagining of Robyn’s “Dancing On My Own” as a ballad hinted at his great taste in music. That song, as well as a reading of Bob Dylan’s “Not Dark Yet” can both be found of Scott’s full-length debut album Only Human (Capitol). In addition to being indicative of his interpretation skills, they also demonstrate his vocal abilities – the guy can sing! But, so can Sam Smith, and therein lies the problem. We already have one Sam Smith, do we need another? The original songs (co-written by Scott and a team of collaborators) tend to be indistinguishable. There are a few exceptions, including the Leona Lewis duet “You Are The Reason” and the rhythmic “Give Me Something.” Worst of all is “Stop Me (Only Human),” featuring a lazy borrow from the Human League song “Human.”

An interesting musical experiment if ever there was one, World Beyond (Mute) by Erasure is a “classical reworking” of the 10 tracks from the duo’s 2017 World Be Gone disc in a chamber music setting backed by Echo Collective. Given the subject matter of the album, the current chaotic political mood, songs such as “Be Careful What You Wish For!,” “Oh What A World,” “World Be Gone,” “Take Me Out of Myself,” and “Lousy Sum of Nothing” in particular actually benefit from these new renditions. It’s not all doom and gloom as you can hear on “Love You To The Sky” and “Just A Little.” Nevertheless, it’s “Still It’s Not Over,” Erasure’s queerest and most overtly political statement, that is sure to have the greatest impact on LGBTQ listeners.

It’s virtually impossible to write about queer music and not include a reference to showtunes. Gay musical theater composer Stephen Flaherty, along with his longtime collaborator Lynn Ahrens, has created an impressive string of Broadway hits including Ragtime, My Favorite Year, Seussical and Anastasia. One of Flaherty and Ahrens’ earliest shows, Once On This Island, is in the midst of a Broadway revival (making it one of two shows the pair has on Broadway – the other being Anastasia). In addition to songs by Flaherty, the cast features queer actor Alex Newell as Asaka, Mother of the Earth, all of which can be heard on Once On This Island: New Broadway Cast Recording (Broadway Records).

Christmas may be a long way off, but that’s no reason not to listen to Kris Kringle – The Musical: Studio Cast Recording (Yellow Sound). A new Christmas musical featuring music and lyrics by Tim Janis and Angelo Natalie with original story, book and additional lyrics by Maria Ciampi. Out actor Andrew Keenan-Bolger plays the lead role of Kris Kringle.