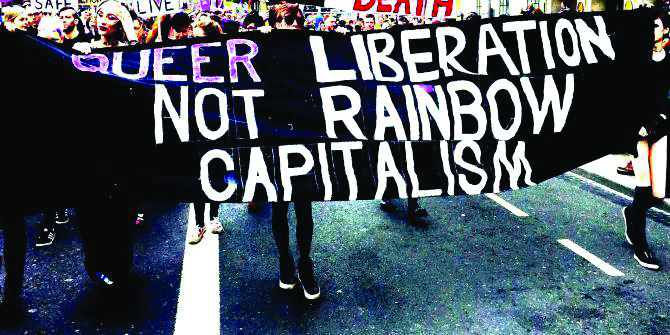 Washington, DC – While the amount of non-LGBTQ adults “very” or “somewhat” comfortable with the gay community has stabilized after a large dip last year, more Americans ages 18-34 are less comfortable with queer people, a new study found. The fifth-annual Accelerating Acceptance Index, a national survey of 1,970 US adults’ attitudes toward LGBTQ people, was released June 24th. It was run by the Harris Poll alongside LGBTQ advocacy organization GLAAD. Responses were gathered online Jan. 8-11. The number of “allies” – those who indicated being “very” or “somewhat” comfortable with these plots – remained at 49 percent, the same as the prior year. But the response dropped from 53 percent in 2017. Thirteen percent were marked as “resisters,” with resolute discomfort reported across all scenarios.

But Millennials and “Gen Z”, ages 18-34, demonstrated a significant decline in support for LGBTQ communities, dropping to 45 percent from 53 percent the year before. Women in this demographic contribute the most to the erosion, with comfort levels falling to 52 percent from 64 percent. Young people were most uncomfortable with three personal situations: “learning a family member is LGBT,” “learning my doctor is LGBT,” and “learning my child had a lesson on LGBT history in their school.”

Sarah Kate Ellis, GLAAD president, attributed the rift among young folks to current events in a statement. “The sharp and quick rise in divisive rhetoric both in politics and in culture is now having a negative influence on younger Americans and coinciding with an alarming pattern of anti-LGBTQ violence and discrimination,” she said. The documented descent of comfortability with LGBTQ people comes in tandem with a spike in anti-LGBTQ violence across the country. The amount of reported hate crimes rose by 17 percent last year, the third consecutive year showcasing an uptick, according to FBI data. LGBTQ discrimination was the third-largest driver of these violations. (Philadelphia Gay News – Laura Smythe at Epgn.com/news/national/14896-survey-finds-younger-generations-have-rising-discomfort-toward-lgbtq-people)